A DIYer's Experience with a Whole House Renovation

What factors led up to your renovations?

I owned a house, my husband owned a house, and my mother's house was left to me. So we had three properties that we were going to sell and buy a piece of land to build a house on. While at my mother's house one day, we decided that the piece of land and the house could work for us if we completely gutted it and started over. So that's how we got started. We both sold our individual houses and started working on this house. 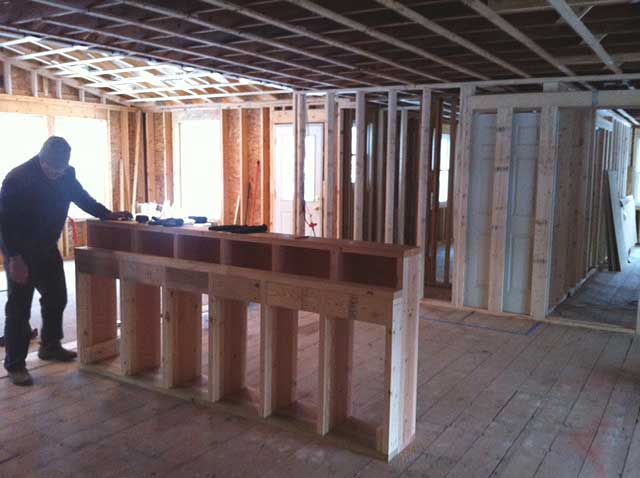 The original house was gutted and brought down to the studs. 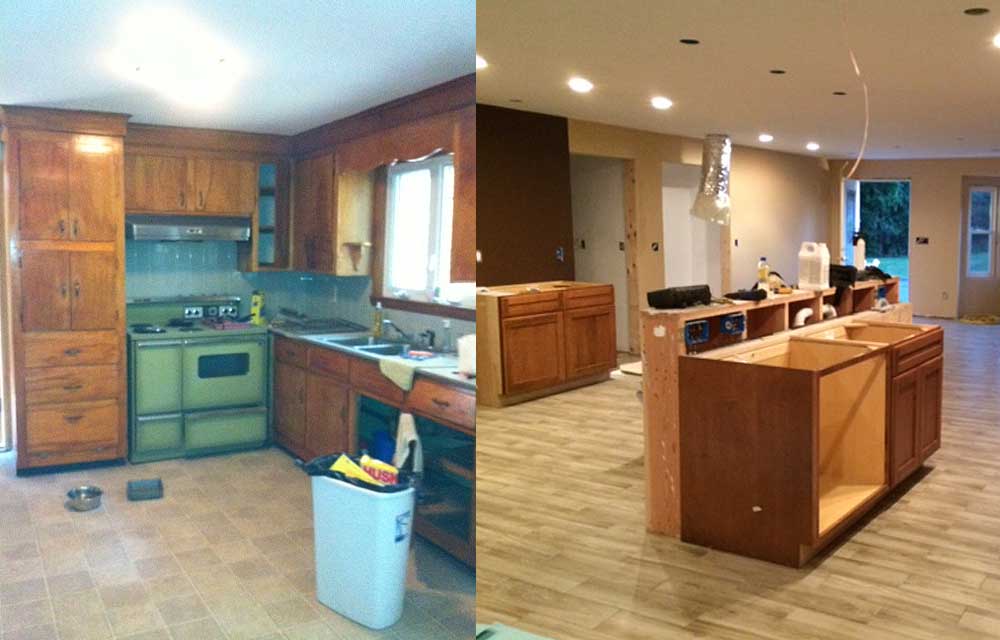 Kitchen before and after renovations.

How did you start planning and preparing for your renovation?

We knew we wanted to completely rework the flow of the house and take down walls, so our first step was to to have a surveyor come in. Then the engineer come in because we needed to have support beams put in since walls were coming down.

We reconfigured the three original bedrooms and one bathroom in our master bathroom, bedroom, washer dryer room, and two walk-in closets. We knew we wanted a full bathroom off of each bedroom, so that was another thing we had to account for when creating the new footprint of the house. 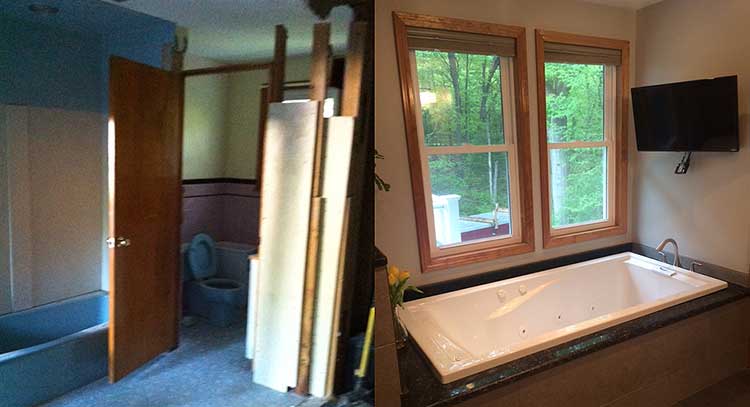 Bathroom before and after.

Did you hire a contractor or did you renovate yourself?

We hired a contractor for all of the framing and the construction of the foundation. Our flooring that runs throughout the whole house is tile that looks like wood, so we had a professional tile layer come in and do that. Everything else we did ourselves, installing cabinets, plumbing, backsplashes, installing fixtures, etc.

What was the biggest unforeseen renovation obstacle?

We didn't have any real big problems, but we recommend that you definitely have open communication with your contractor before they start work. Make sure the contractor knows what you want and exactly how you want things to look.

During the framing process, we decided we wanted two smaller windows in one room instead of one big window. We discussed it with the contractor, but the contractor wasn't there one day and his employee cut the hole for the one larger window we original had planned. You really have to be in constant communication with anyone working on the house. As the saying goes, measure twice cut once... actually measure three times.

By what percentage did you go over your intended renovation budget?

Since we didn't have a set budget, it's hard to say how much we went over planned expenses, but we did end up spending more than we initially expected, I would guess 20%. We were very lucky because we sold two houses, and this house didn't have a mortgage, so we didn't have to stick to a strict budget. We splurged on items and fixtures that will be in the house for a long time and won't go out of style. On other things like lighting fixtures, we went with cheaper options that I won't mind replacing in a few years when styles change. 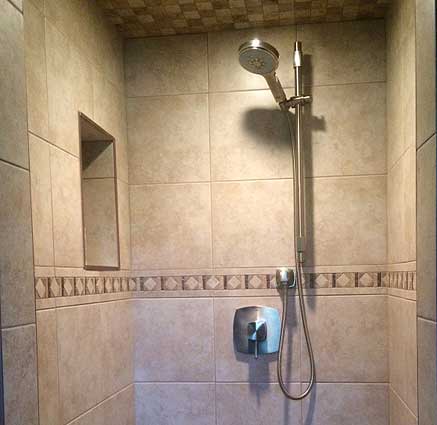 A Grohe handshower set installed in the new shower. 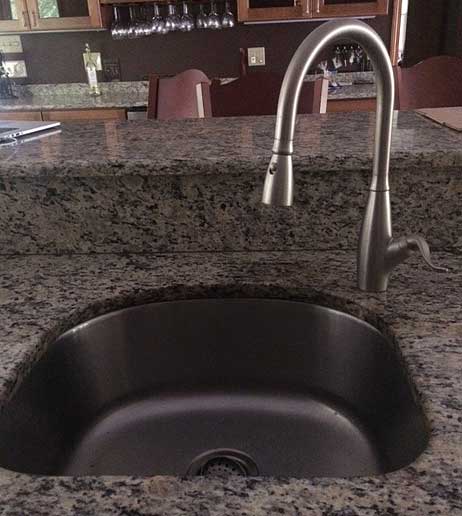 The kitchen has a bar/prep sink and pull-down bar/prep faucet to make food prep easier.

If you could go back and give your pre-renovation self some advice, what would it be?

I wish I had put in a spice rack cabinet near the stove. Originally, I said we didn't need one, but now I regret not putting one in. I would also tell myself to not go with a drawer microwave. While it looks really cool and isn't in your in your line of sight in the kitchen, there isn't a spinner inside, so whatever you are put in there, cooks very unevenly.

Any other helpful tips for renovators?

Plan it out. Think things through and don't rush any decisions. For example, think of your lighting fixtures. We changed a couple of things during construction after we had already cut holes for lighting fixtures, and now they aren't centered.

Always expect to spend at least 20% more than you thought. Be prepared for delays and just take them as they come, because they will happen.

A couple of interesting things that we chose to do, that aren't popular in home design but should be: wheelchair-size door frames and radiant-heated floors. Both will allow us to be comfortable and able to remain in our home as we age.