I don't claim to be a master gardener, but I am a bit obsessive — I've been reading seed catalogs since January and I've had dirt under my fingernails since March. Succession planting is technique I love that might be helpful to you. Here are some tips to get started:

Don't Plant Your Entire Garden Space At One Time 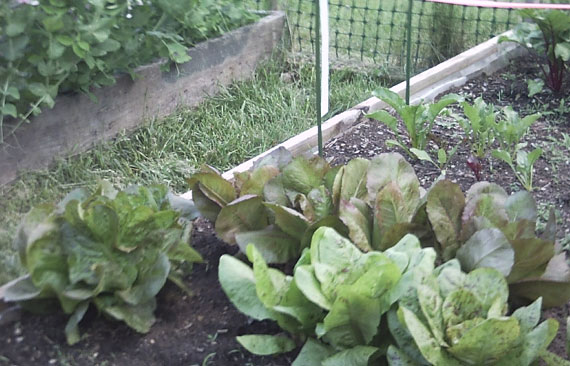 Succession planting simply means reserving some rows or parts of rows in your garden and adding a new round of the same crop several times during the summer to enjoy a constant supply. As you harvest each row you can replant them, too, but remember to turn the soil and add fertilizer and compost to replenish the nutrients.

Some crops that I've had great luck succession planting right through the Northeastern summer are lettuce and beets, along with green herbs such as basil, parsley and cilantro. Other early crops such as swiss chard, bok choy, and yes - even peas - will probably give you an extra round if you plant again two weeks after your first planting. 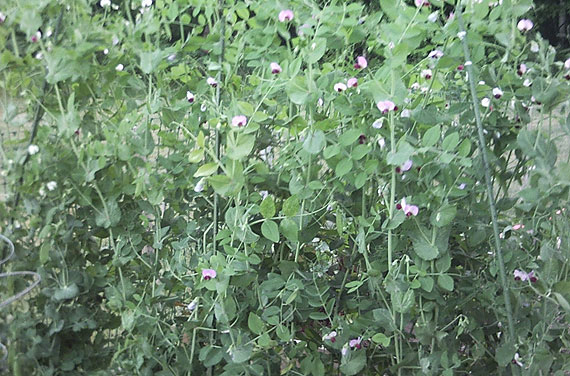 Even peas will yield a late crop in some climates if you plant again two weeks after your first planting.

Contrary to the popular notion that lettuce is over and done with in mid-summer, if you live in a cool climate you can continue planting most kinds of lettuce right through fall. If you're in a warmer climate, plant only varieties intended for warmer weather (sometimes called "summer crisp") after your first cool spring planting.

Don't stop planting lettuce until September. We cover ours after first frost, put the last heads in the frig crisper before first snow, and eat our own lettuce with Thanksgiving dinner…in New Hampshire! (Latest date we've enjoyed a homegrown salad: December 1st.)

We picked this lettuce in late October and it was the sweetest of the season.

What Not To Plant In Succession

Even small commercial farms plant many of their crops in succession to keep cash coming in throughout the harvest period. In the summer, you'll see cornfields with everything from little seedlings on up to 6 foot tall plants.

However, it's tricky if not downright impossible for the home gardener to succession plant crops that can't go in until the soil is warm, such as corn, beans, squash, tomatoes, peppers and eggplants. The season is just too short. In addition, they take up a lot of space in the home garden - not many of us have an extra cornfield or two.

Tip: If you usually use vegetable plant flats, succession planting is a great way to experiment with outdoor seed planting without risking your first crop. Planting from seed is far more economical and gives you a dizzying array of varieties to choose from. Plus, you can plant whatever you want any time during the season. You're not dependent on what's available at the garden center.