With Courage and Grab Bars, Life Goes On

This is Part One of a two-part guest post on accessible bathroom renovation by Washington D.C.-based journalist Judi Hasson.

When I became disabled in 2007, I didn't realize I'd face an obstacle course in my own home. The biggest problem was the bathroom, especially getting into the shower stall where there was a three-inch threshold that I had to step over. For a time, I gingerly navigated my way over the threshold onto a shower seat inside the shower stall.

As my multiple sclerosis progressed, it became impossible to lift my foot even a few inches. So my husband and I improvised. We bought a transfer shower bench that went over the threshold so that I could sit on it and slide into the shower. That worked for only a short time as my balance declined. Once it became really awkward to maneuver my way around the toilet that partially blocked access to the shower, we faced a dilemma.

A New Bathroom or a New House? 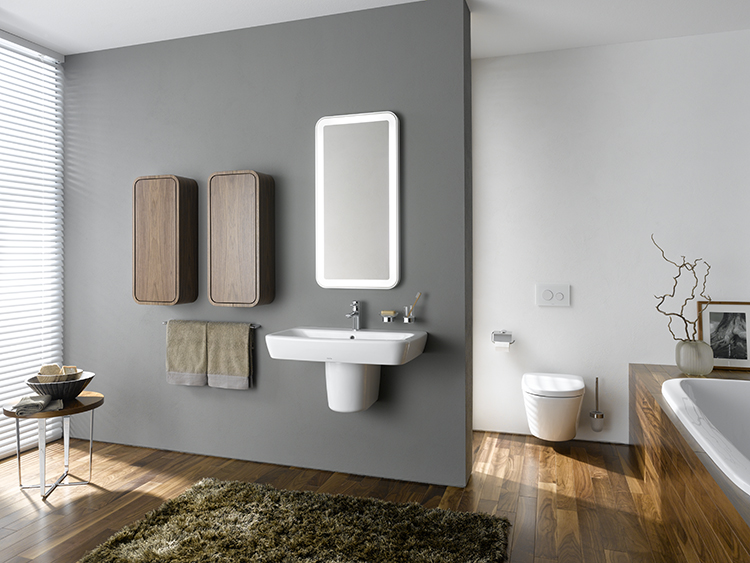 A small wall mount sink is less likely to block access than a vanity.

We had to decide whether to remodel the bathroom or move to a more accessible place. Either solution would cost us. We decided to reconfigure the bathroom, including moving the toilet and sink to make room for a shower wheelchair.

The most important part of this project was widening the bathroom door so a shower wheelchair could easily pass through, eliminating the step to get into the shower and having the shower floor slanted so that water would not flow out into the bathroom.

To do that, we turned to our trusted contractor who came up with a solution. He widened the door and then installed a pocket door – a sliding door to close for privacy.

The toilet was directly in front of the shower, making it impossible for any kind of wheelchair to pass through. Our contractor worked up a plan to remove a long vanity with a sink, then put the toilet and much smaller sink in that corner. This required reconfiguring the plumbing.

That made it possible for the wheelchair to have a clear path from the doorway to the shower without a threshold. 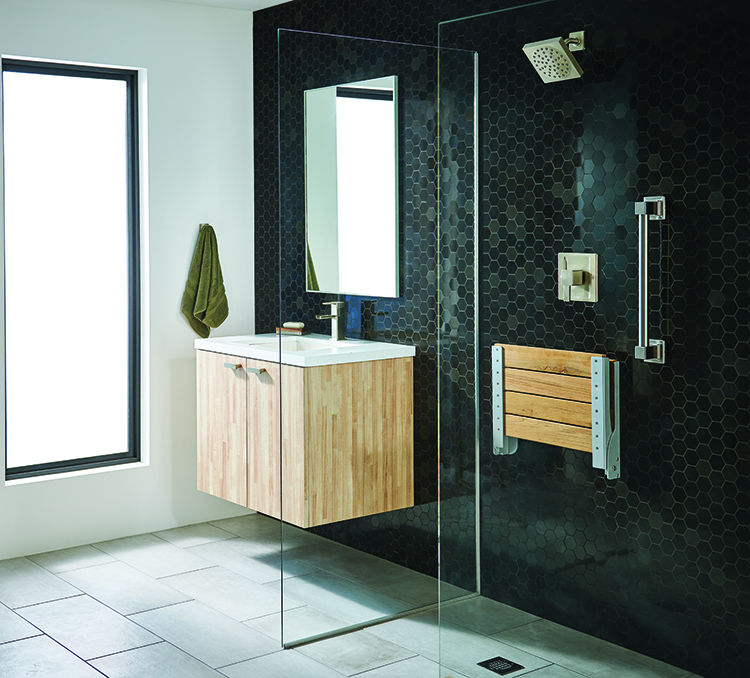 An accessible shower requires space for a wheelchair and a wide, flat threshold.

The contractor also replaced the showerhead with a handshower and hose. In some cases, the hot-cold knobs have to be lowered to waist-height. It was one expense we did not have.

Although we didn't do this, another contractor told me about the importance of an elongated toilet.

“An elongated toilet allows for more room and accessibility,” said Greg Olavarria, owner of “Get a Grip – Age in Place,” in Maryland, a company that handles 800 handicapped accessible jobs a year.

The toilet height remains an important component of accessibility. The average height of most toilets is 14 inches. The Americans with Disabilities Act (ADA) recommends a 17-inch toilet height.

We bought an elevated toilet seat, which made the toilet 17 inches high. The height of the sink had to be changed, too. Standard sink heights are 36 inches. The height of an accessible sink has to be four inches less. 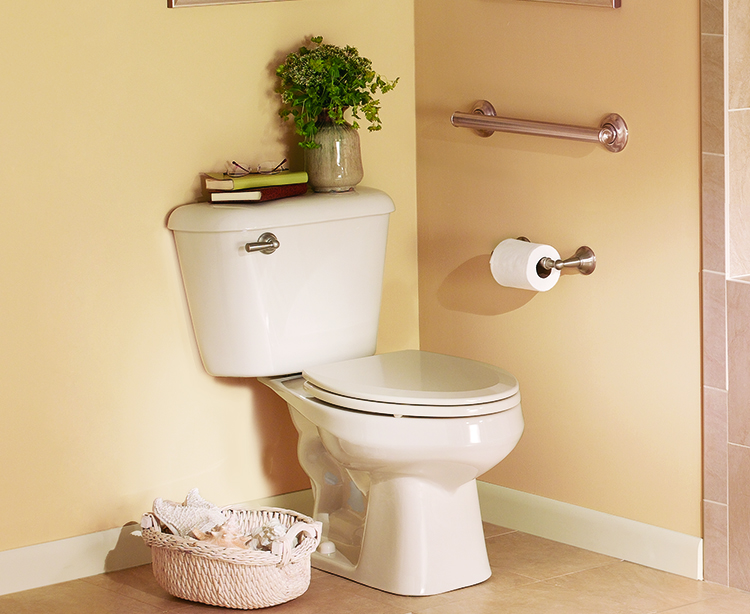 Then our contractor added the most important piece of this redo project – grab bars in different places and at different heights to help me move and get up.

The contractor had one last chore in the bathroom: building a tiny slope at the room's entrance so a wheelchair could easily go over the entrance way.