The Benefits of Bidets

Bidets are popular bathroom fixtures used widely around the world. In Europe, Asia, and the Middle East, bidets are found in roughly 80 percent of bathrooms. However, many Americans have never even seen one, never mind used one. Maybe Americans just prefer paper to washing as a hygienic practice, but another theory is simply fear of the unknown. 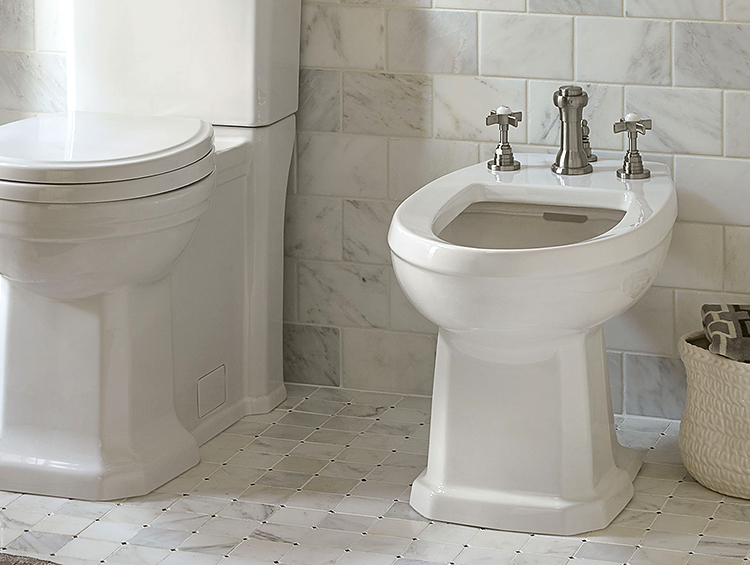 Bidets are found in roughly 80 percent of bathrooms around the world.

Bidets originated in France sometime in the late 17th century, though no exact date or inventor is known. The first bidets were simply bowls of water over which a person would splash themselves clean. Early on, the bidet was only popular amongst French upper classes, but it eventually spread across Europe and evolved along the way.

The 18th century saw the addition of hand-pumps and sprayers, while bidets finally began resembling their modern form in the 19th century. The growth of modern plumbing in the 20th century brought more innovation, including bidet seats for common toilets in the 1960s by an American inventor, Arnold Cohen. By the 1980s, these seats featured remote-controlled wands, water jets, and warm-air dryers to form the modern and popular washlet. Washlets have grown quickly in popularity since, as they provide the benefits of a bidet but in a space-saving and practical way.

Washlets have grown quickly in popularity as they provide the benefits of a bidet, but in a space-saving and practical way.

Much like a pedestal sink, bidets are fitted with a drainpipe, trap, and hot and cold water supplies. Bidets are usually installed between the sink and the toilet where possible. They require approximately the same space as a standard toilet and come in many designs. Some have faucets, pouring water into a basin which can be filled and then drained after use. Others have either a vertical sprayer at the bottom of the bowl or a horizontal sprayer at the back which angles a jet of water just where you need it. Some use warm air to dry the skin instead of using toilet paper. 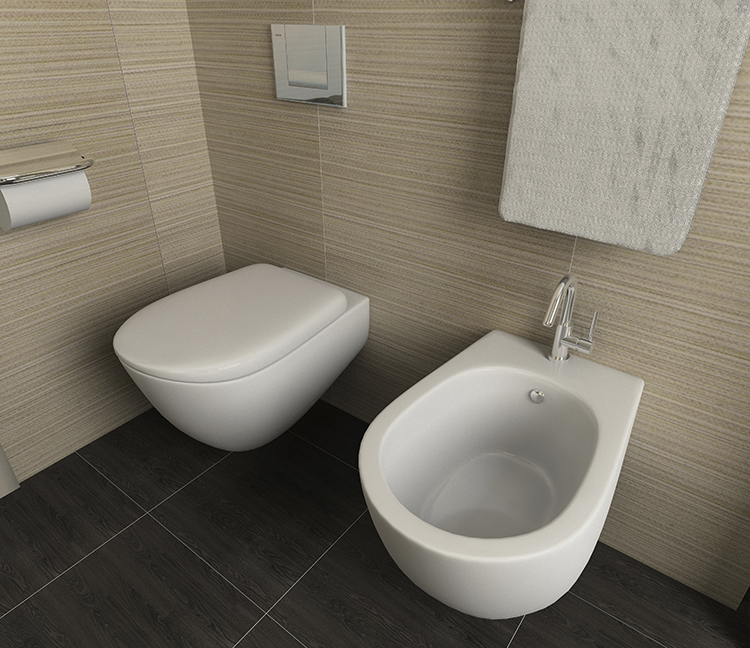 Today's bidets require approximately the same space as a standard toilet and come in many designs.

Who Are Bidets For?

Despite looking similar to a toilet, the bidet is more accurately compared to a washbasin or small bathtub. Besides their obvious and principal use, the bidet can be used to clean other parts of the body as well. Used by both men and women, bidets are an invaluable aid to personal hygiene especially among senior citizens who can't comfortably reach to wipe, young children who cannot wipe themselves, the disabled, or people with impaired motor skills or incontinence. Bidets can also function as sitz baths for patients following certain surgeries, and to ease the discomfort from hemorrhoids, bladder infections, or other medical conditions.

Many people may be hesitant to try something new, especially in regards to their bathroom habits. But bidets are growing in popularity, and their fans cannot imagine going back to a paper-only regimen. Give a bidet a try and see what you've been missing. You'll realize why the rest of the world relies on these popular bathroom appliances as a necessity, not just a luxury.